India: Not a country for old men? 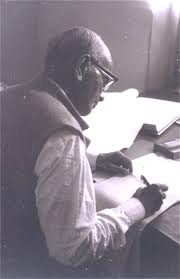 Rich and lonely or poor and hungry, the plight of the elderly in our country is far from satisfactory. Be it the medical necessities or the psychological needs, the legal bodies have seemed to ignore many of the geriatric issues.

Currently we have over 8 million senior citizens in the country, a figure which is expected to increase by 326% for those over 60s and by 700% for those over 80s till 2050, as estimated by the Giri report on National Policy on Senior Citizens (2011), which means that in the coming 4 decades we will have around 350 million senior citizens in India. This appalling figure is enough to jolt the authorities to take some serious actions towards moulding the legal structure to their benefit.

Now let us analyze WHY the elderly section demands special care and attention from the society:

So these are some of the appealing realities that go uncounted in our society. An interesting point to note here is that, apart from legal changes, what our country desperately needs is a strong culture for senior citizens communities and centers to get them on one platform that offers all the facilities like medical aids, security, recreational clubs that ultimately make them feel better about themselves. This however sounds like an alien in our country but would work miles in improving the plight of the senior citizens by removing the tags of dependent, unwanted from their shoulders and making them feel their worth in the society.