Born on September 4, 1917, Mr. Shyam Saran Negi was the first to cast his vote in independent India’s maiden general elections held on October 23, 1951.Having witnessed the shaping of democracy for almost seven decades, Shyam Saran Negi, India’s first voter from this tiny picturesque hamlet in Kinnaur district, wants to exercise his franchise again during parliamentary polls in April 2014. 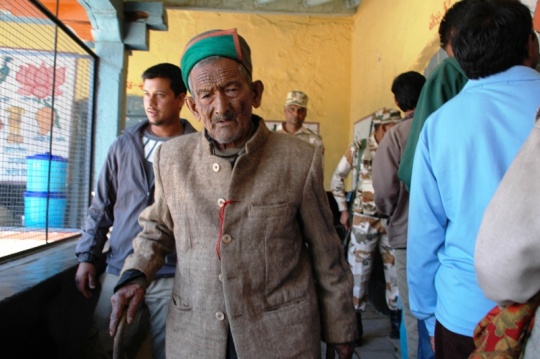 But he seems  disillusioned with  present political system.

Civil society activist Anna Hazare’s crusade is an inspiration for this nonagenarian, whose family includes his wife, four sons and five daughters.

“There is total downfall in the political system. One controversy after another is surfacing every day. We simply can’t calculate the number of zeros of the amount involved,” Negi, 97, who voted in country’s first elections, told IANS.

Negi, who retired from a government primary school in 1975, was among the first to cast his vote in independent India’s first Lok Sabha elections in October 1951 in Chini constituency –later renamed Kinnaur.

At that time, elections in snow-bound areas were held ahead of other places in the state and  country.

Though his ripe age has rendered him partially blind and hard of hearing, the verve in his voice still rings with conviction.

“My eyesight is falling and I can’t walk long without somebody’s help, but I would exercise my franchise this time too,” he said.

“I still have some memories of the first elections. Throughout my life, I never missed an opportunity to exercise my franchise, be it assembly or parliamentary polls or even panchayat (village body) elections,” he said.

Sitting on a wooden plank outside his house along with his wife, he said: “These politicians are  wasting precious time of Parliament by preferring to create ruckus inside the house rather than have some serious discussions. They have no moral right to re-contest  elections.”

“The country which is known as largest democracy in the world needs some reforms to keep it alive. Otherwise, the days of democracy are numbered.” Negi is popular among the locals, mainly apple growers, as “Master-ji” and has fathered 10 children. Four of his sons and five daughters are married, while one son is dead. The elderly couple stays in a wooden house amidst apple orchards. While he has no access to proper elderly care facilities, it is his innate strength and compassion from his family and locals that keeps him going.

In 2010, then chief election commissioner Navin Chawla had visited Negi’s village to honour him as part of the Election Commission’s diamond jubilee celebrations. 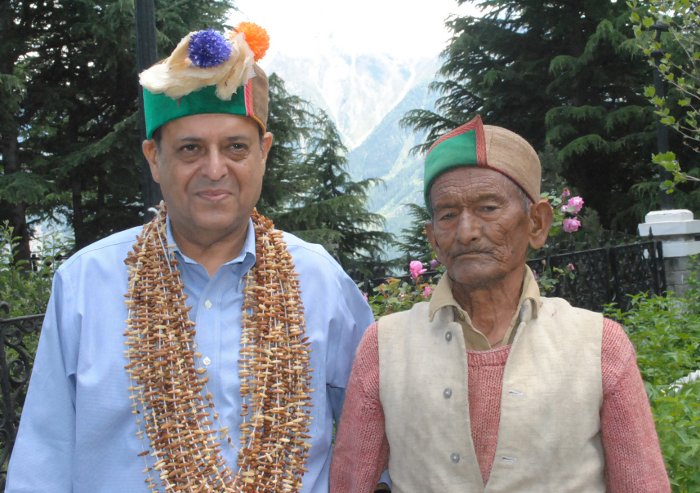 He has voted in every election since India became independent. And, at age 97, Shyam Saran Negi is all set to vote again — and wants no Indian to miss out on the coming electoral battle. His devotion is sure to trigger the same determination in everyone who gets acquainted with his story, including elderly people living with their families or those at Senior Living facilities.

On March 24, Google India under its Pledge To Vote campaign featured the story of Mr. Negi.

If a 97-year-old man, braving the winds and snow, can get inked, there’s no excuse that should stop us from following his exemplary lead. Mr. Negi has pledged to cast his vote in the 2014 elections, have you?